Hey there, we’d love to get to know you better. Book a free intro chat. 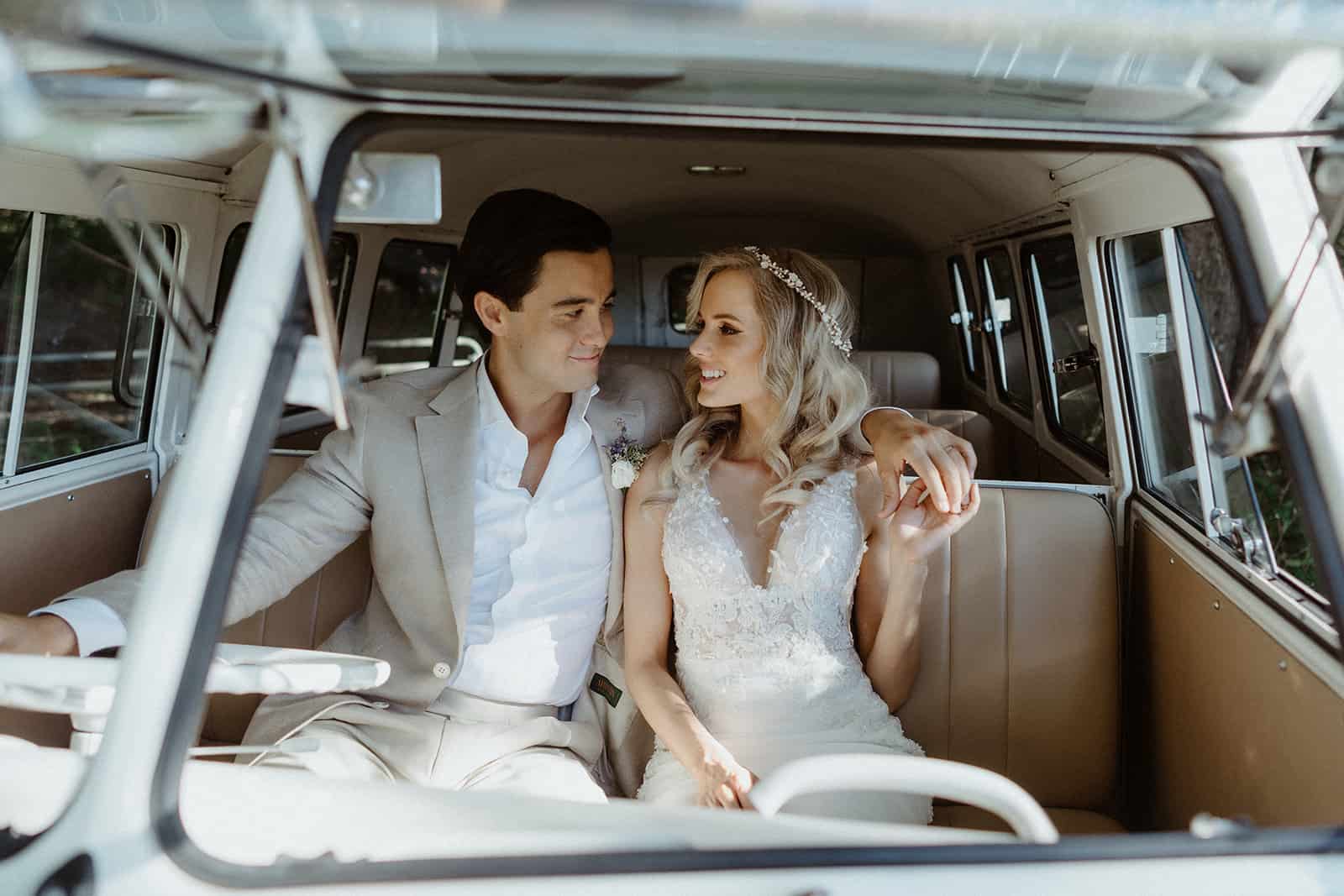 How did he pop the question?

It took months of planning, help from friends, and the Neighbours cast and crew to pull it off.

Under the guise of a relaxing trip with friends to Byron Bay, I planned a holiday to our favourite destination to propose to Amy. I got up early in the morning with my mate Tom to scope out the perfect location. We chose Tallows Beach as it was close to our accommodation (making it easier to get an unbeknown Amy there) and would likely be much quieter than main beach. We then picked up my other mate, Rory, from Ballina airport and bought a shovel from Bunnings. The rest of the day was spent relaxing and playing a board game before I walked Amy into town for an ‘Iced Chai’ and to give the boys, who I’ve known since we were 8, time to pick up a bottle of champagne and get to Tallows beach to set up.

The spot we picked had some sunbathers in it, so my mates had to explain the situation politely, and they happily moved. Rory then began digging. My plan was to have a white blanket laid out with candles and’ The Bigger Blacker Box’ of ‘Cards Against Humanity’ perched in one corner with a custom question card sitting on top of it. Due to the wind, we had purchased the shovel to create a windbreaker to keep the candles alight. Tom, meanwhile, was setting himself up with his camera in the bushes, hoping no one thought he was a ‘Peeping Tom’ (pun intended) to capture the proposal.

The boys alerted me with a text that they were ready, and I explained to Amy that they had decided to sit on the beach with some beers for the sunset and that we should join them. We walked from the town to Tallows beach with me wearing a jacket that was too warm for the occasion, but the only thing big enough to mask the ring box in my pocket (why have they not designed packaging that can be hidden in a pocket?!?). We walked out onto the beach as the sun began to set, and I walked her towards the location. Her first words; “What is this?”. Did she know what was happening? I wasn’t sure, but as we got closer and closer and I guided her to pick up the card sitting atop the box, it became obvious. She picked up the black question card that I had the Art department at Neighbours make for me (Thank you, Rowdy) and read “Will You _______ me?” and I pulled out a white answer card that said “Marry.” Why ‘Cards Against Humanity? I mean, it’s not romantic. Because Amy loves it, and that’s a good enough reason for me.

She began to tear up.

I then pulled the ring box from my pocket.

A Paul Bram ring I had organised with the help of Ben Hall, my fellow Neighbours cast member, whose gorgeous girlfriend Prue Bell works, at Paul Bram in Melbourne. Prue helped me pick the perfect diamond and customise the ring to look exactly how I wanted it, I’m not quite sure how I would have done it without her; I know nothing about jewellery.

I opened the box, told her, “Amy, I love you so much and cannot wait for you to be the mother of my children; I love you and (Look, I know it was short, but I had been waiting so long to get to this moment I just wanted to get the question out) without further adieu will you marry me?

What song was your first dance to?

It was a mix of two songs our bridesman Jake (who is a music producer) helped us put together; James Arthur – Falling like the stars and Shaun Mendes – Wonder.

Your biggest tip to any couple getting married?

Don’t plan a wedding during a pandemic!! No, but in all seriousness, it can be stressful and a lot of work, but it is such a fun and exciting time, don’t rush the planning and make sure you plan exactly what you and your partner want; in the end it’s your day.

Describe your day in three words...

Our ceremony planning, styling, flowers and on the day coordination.

Other awesome suppliers were… 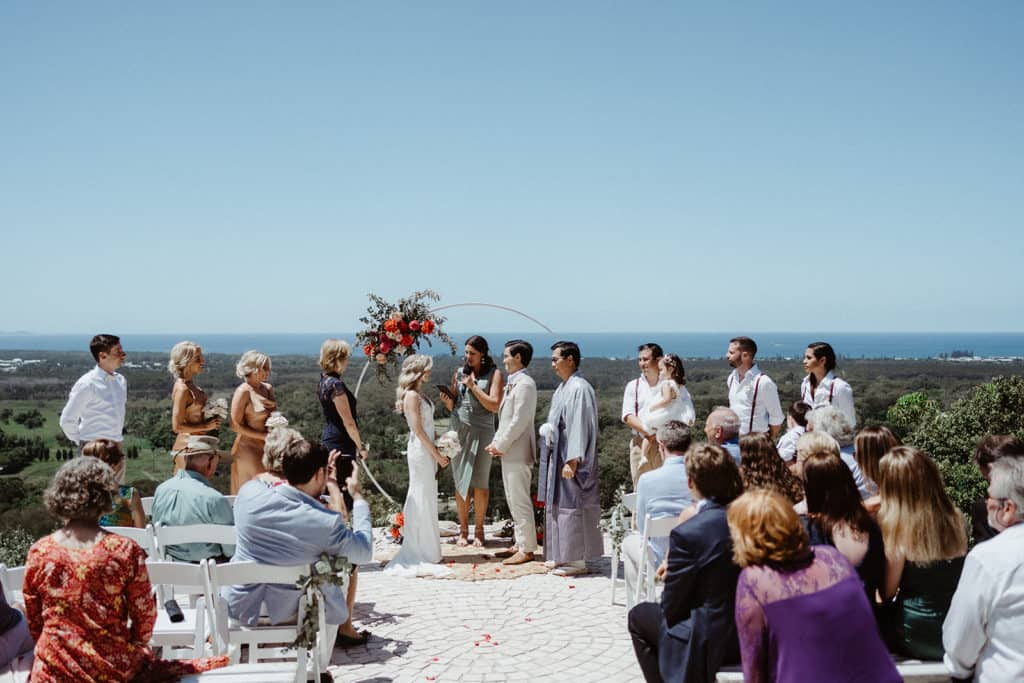 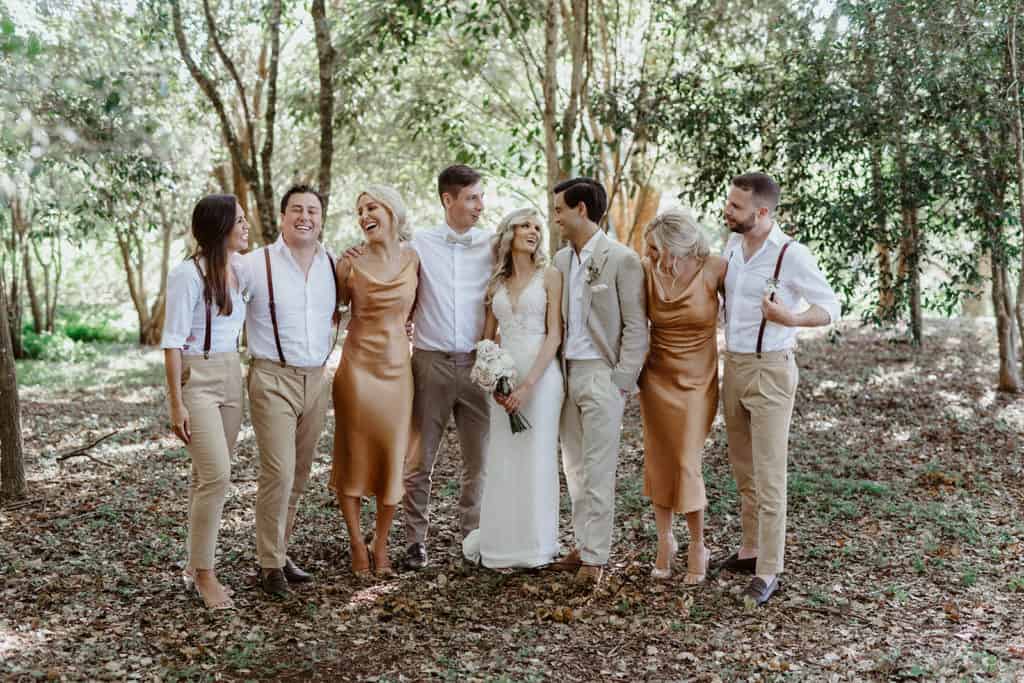 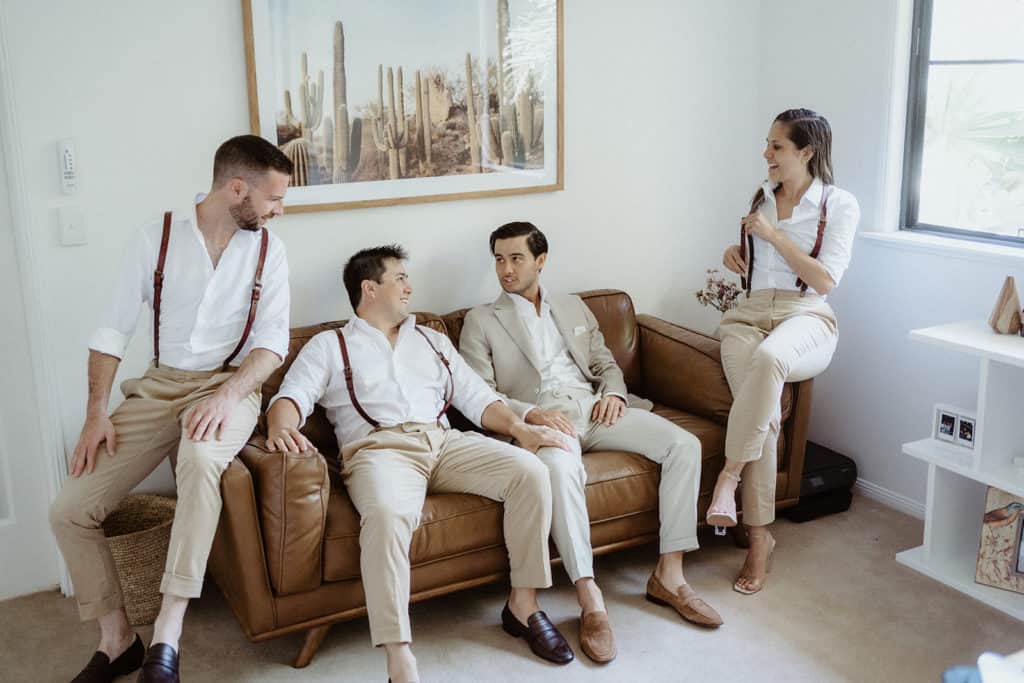 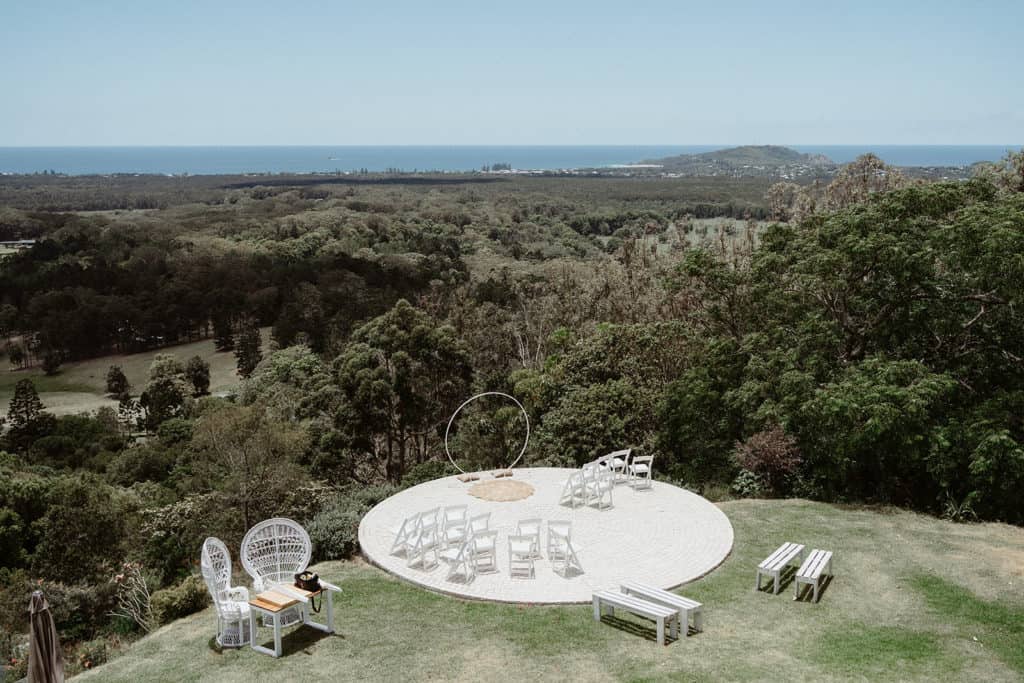 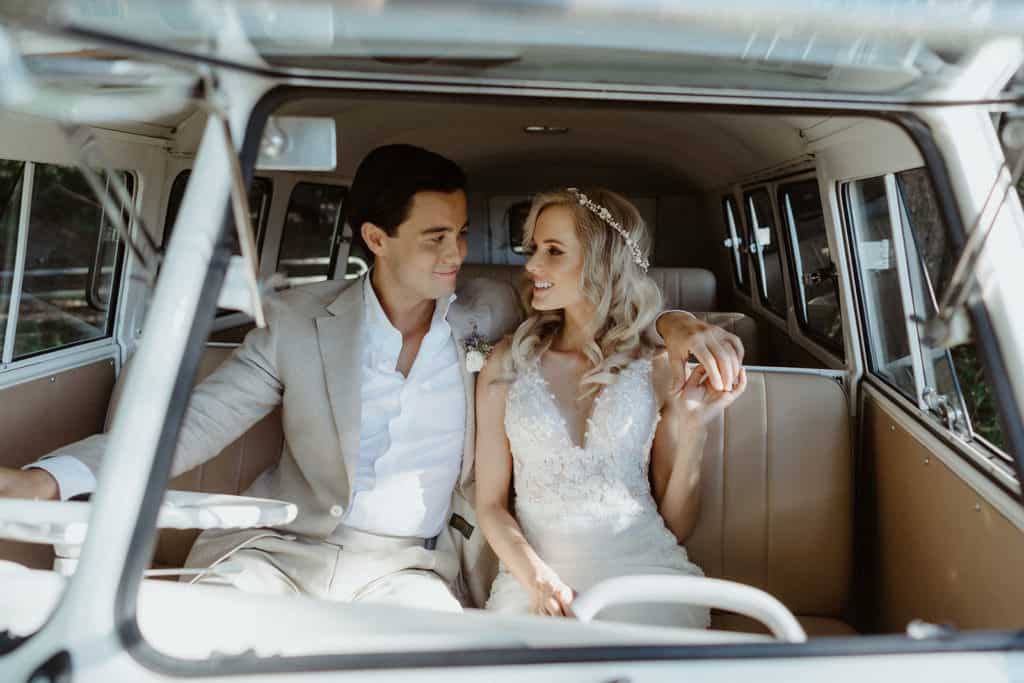 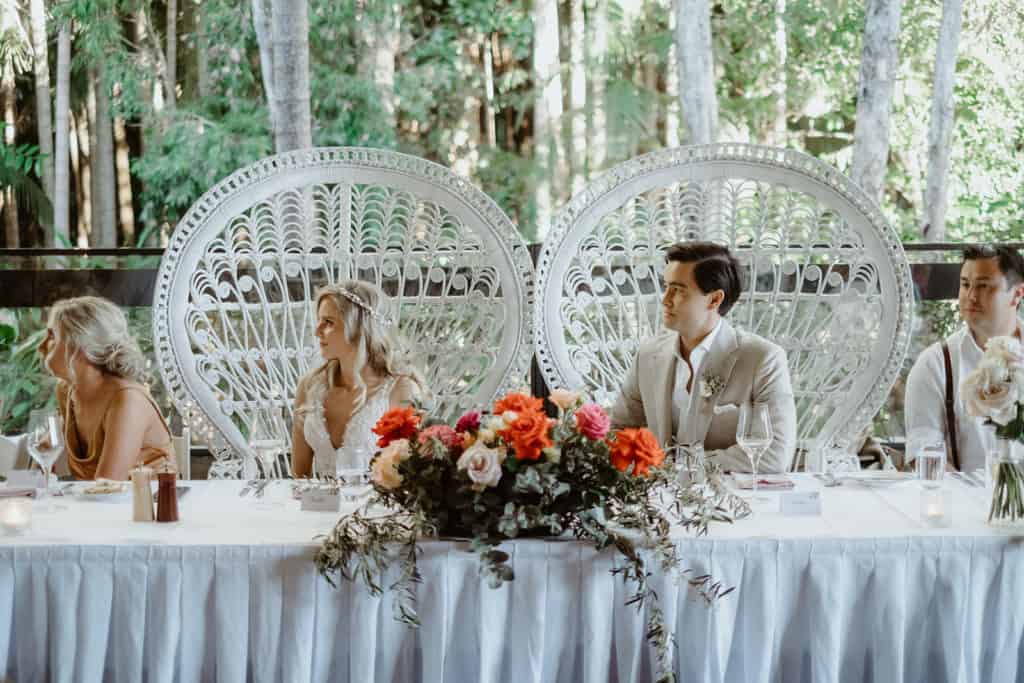 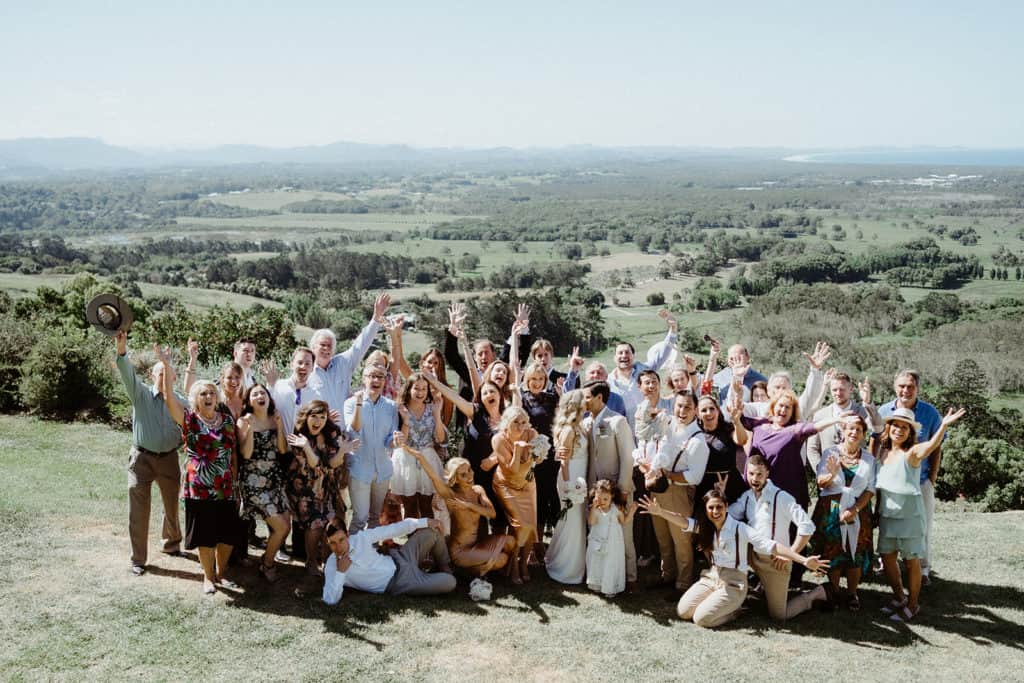 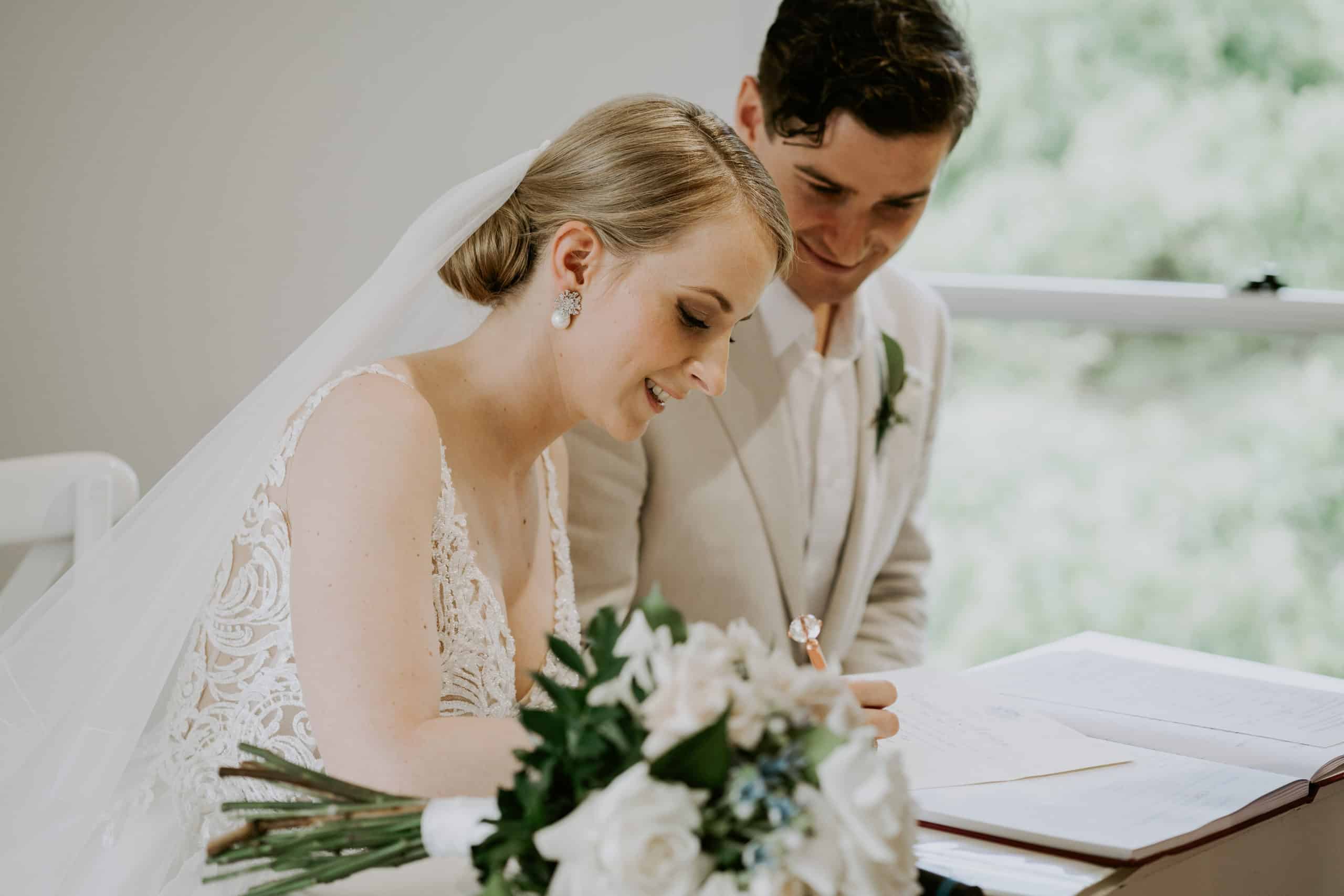 Work out what is really important for each of you as that will help prioritise what to spend money and time on. Make sure the wedding is true to your dream day – not planned with everyone else in mind. 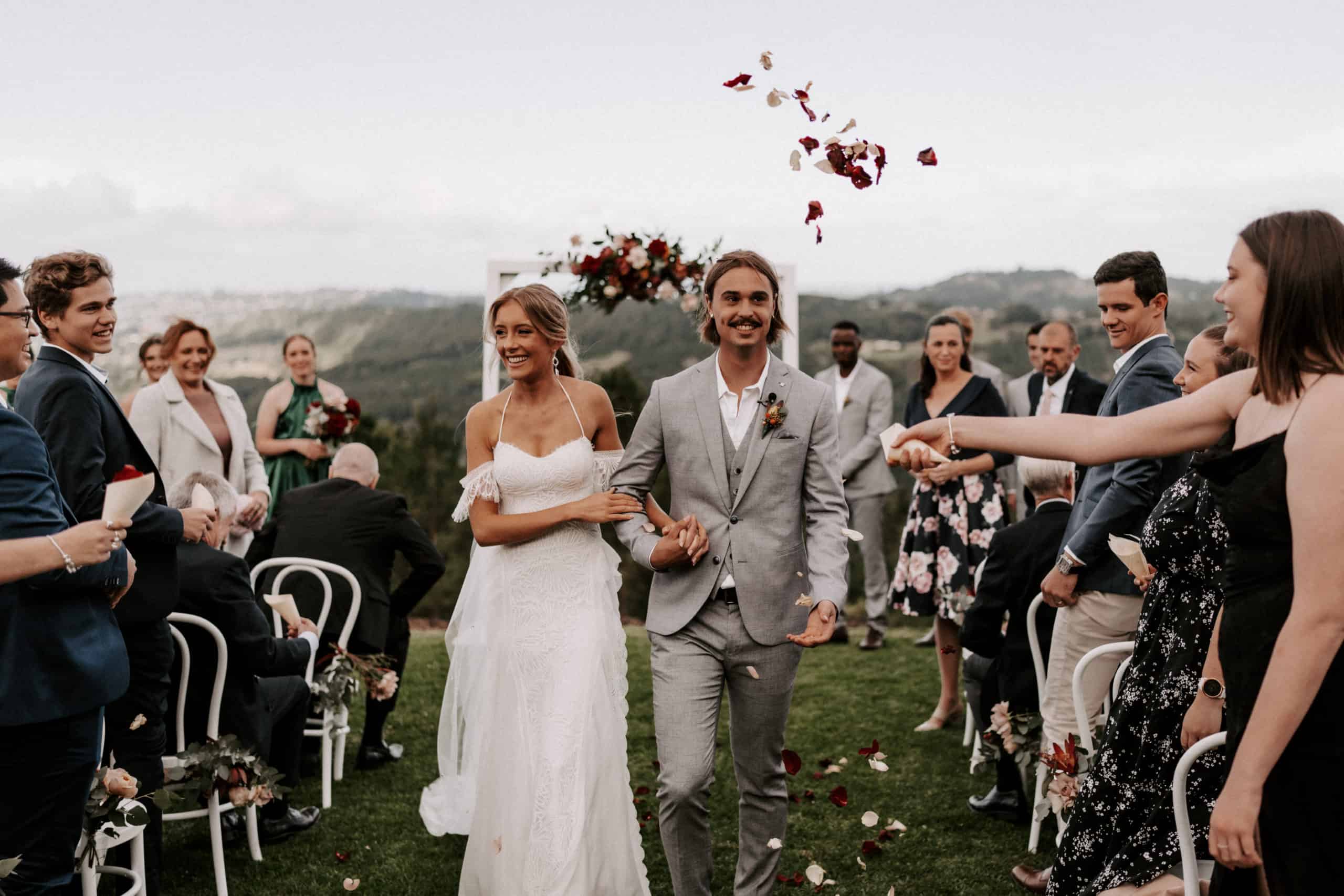 Take moments in the craziness of the day to just look into your partner’s eyes and be grateful for everything that they are, and the journey that lead you to this moment. These are the moments you will remember. 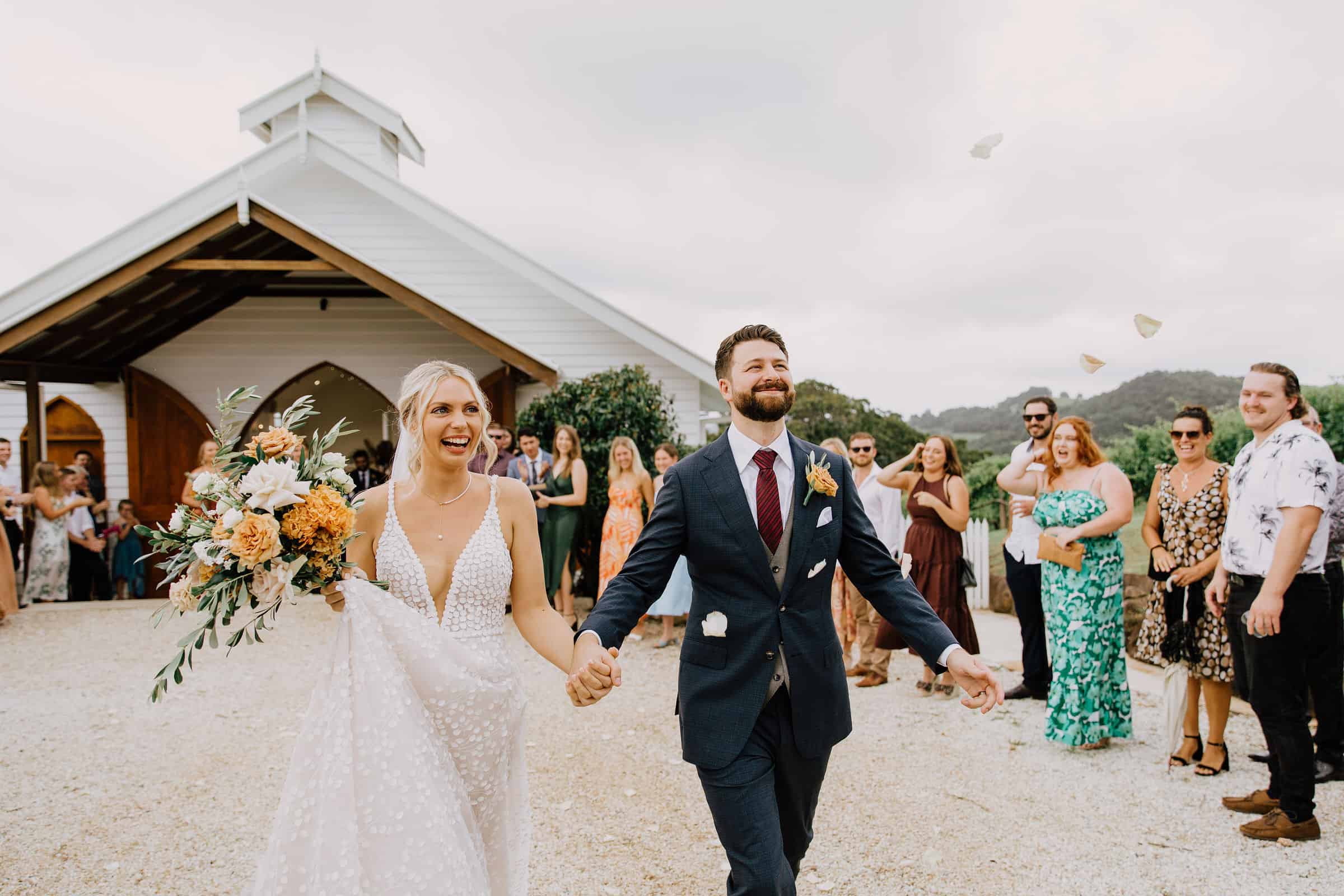 The day you have planned so long for is over and done so quickly, take a minute for yourselves alone to appreciate it and be in the moment! Appreciate everything – you are so lucky. 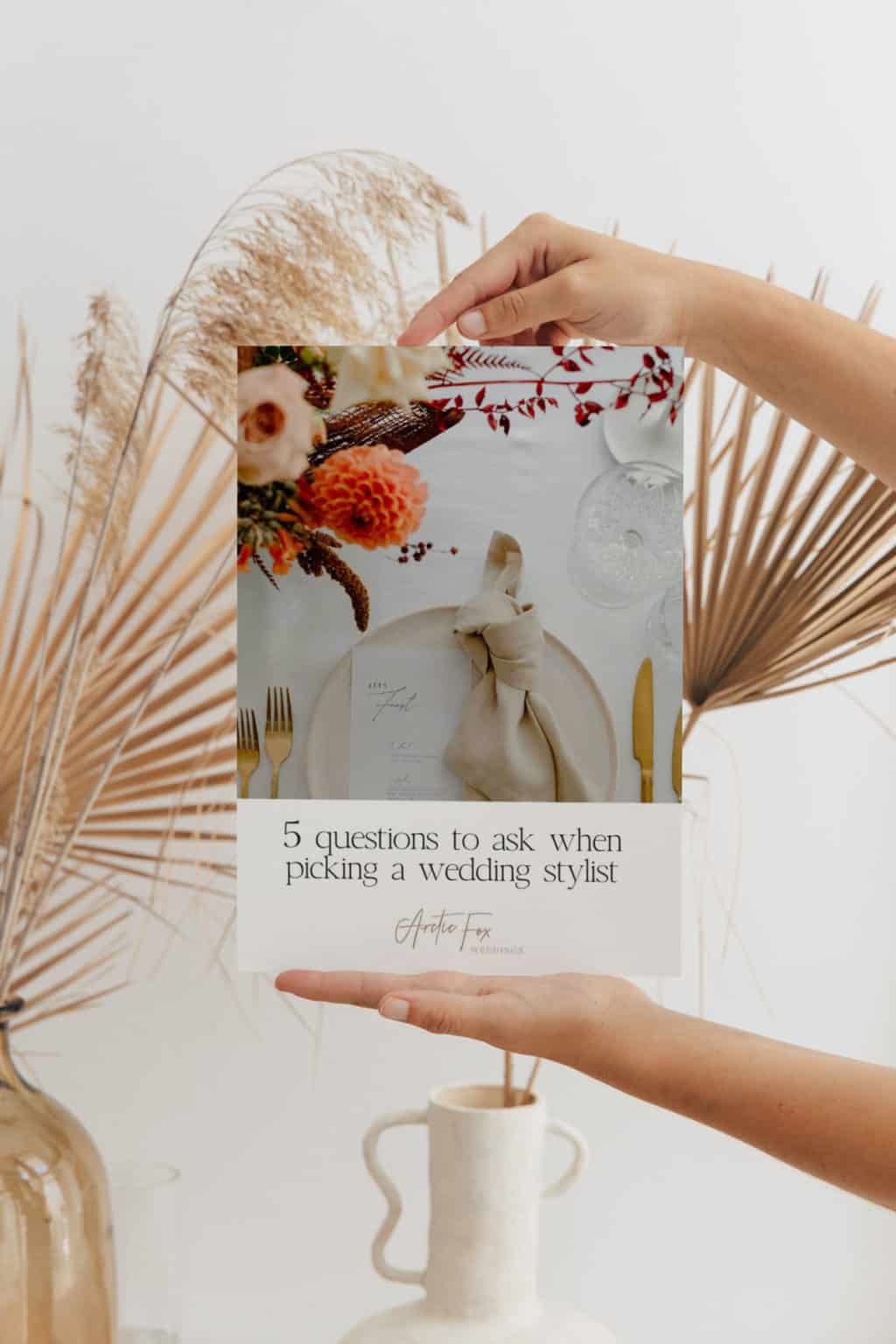 5 questions to ask when picking a wedding stylist 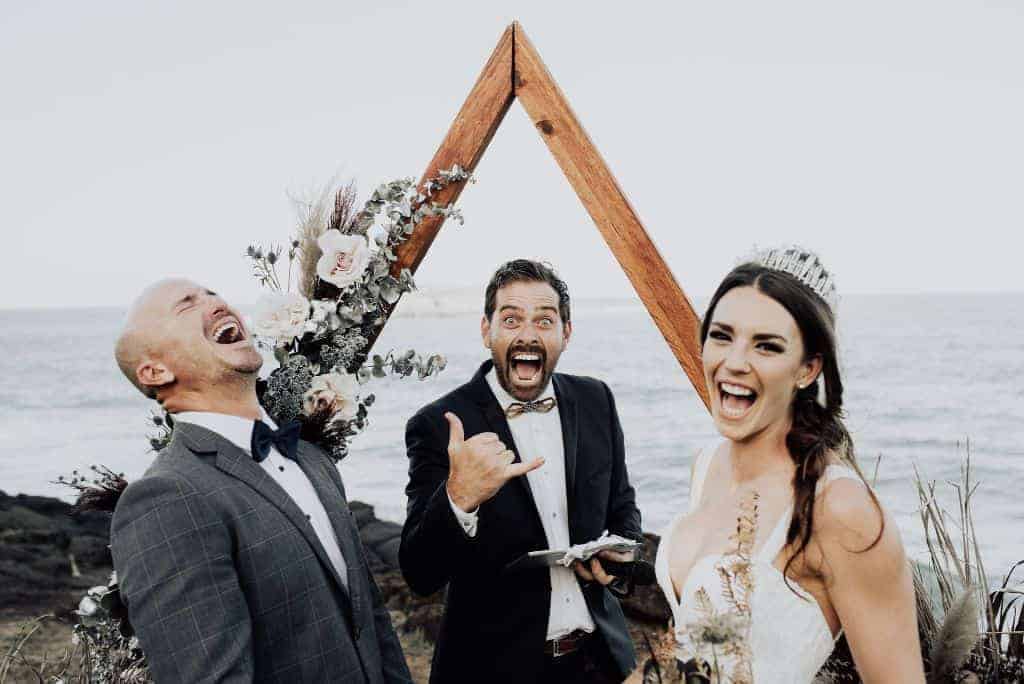 Our beautiful hire range will help bring your day to life. 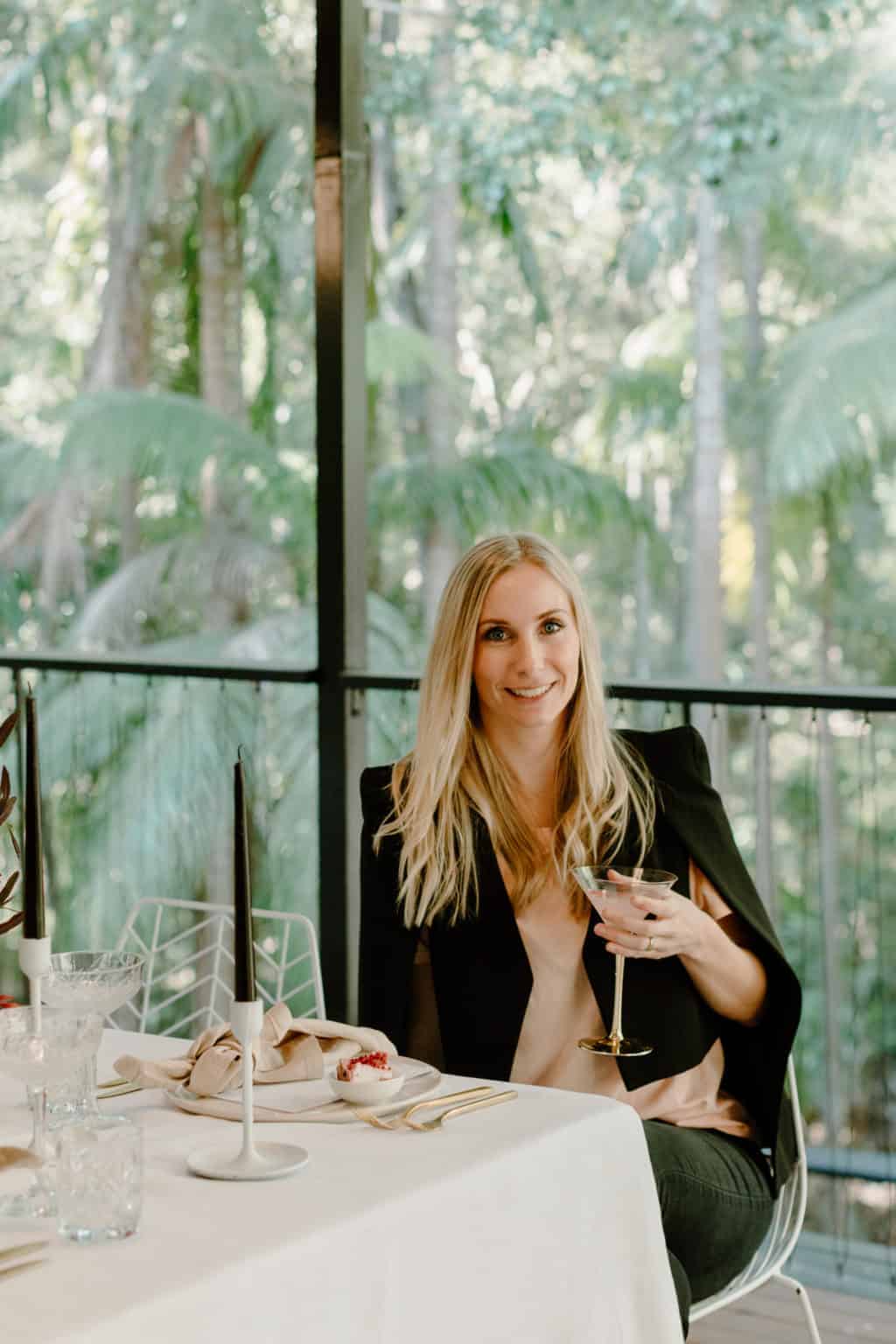 Ready to plan your dream wedding?

Sign up to receive emails from Katie, Owner & Creative Director at Arctic Fox

By providing your information you agree to receive relevant marketing emails from Arctic Fox Events. You can opt out at any time. Privacy Policy 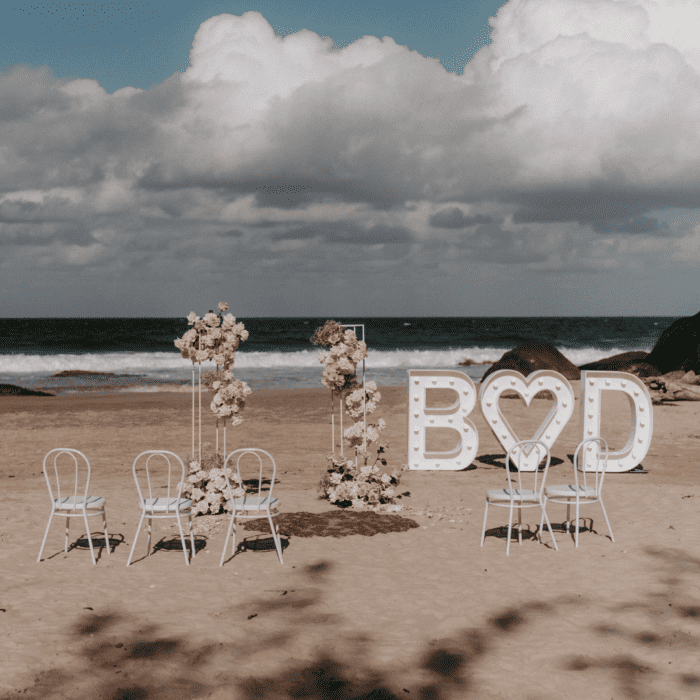 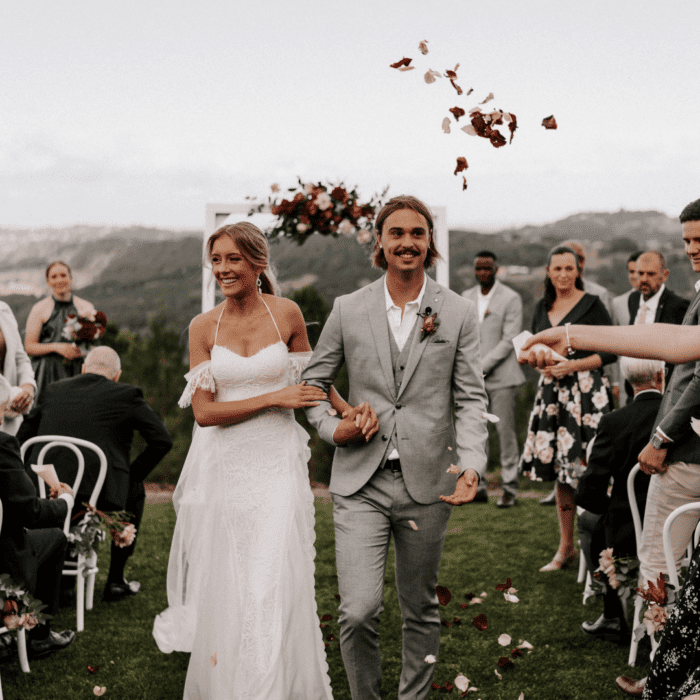 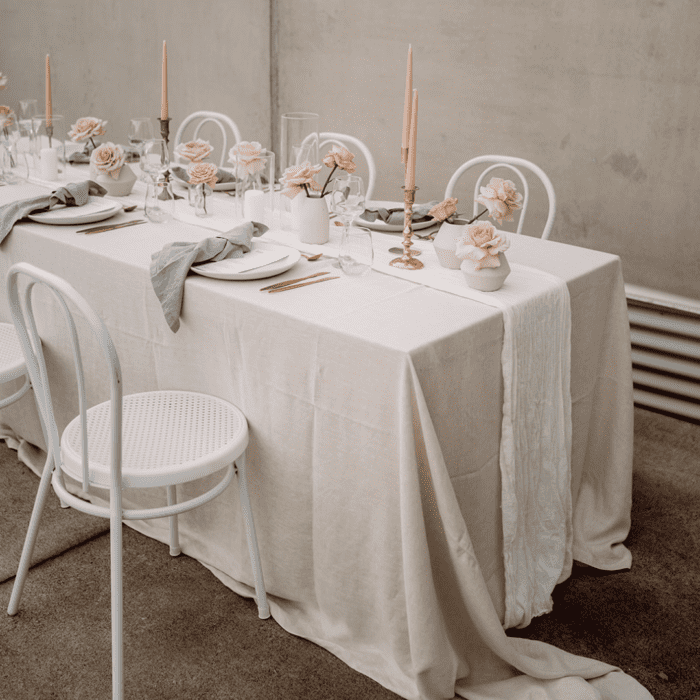 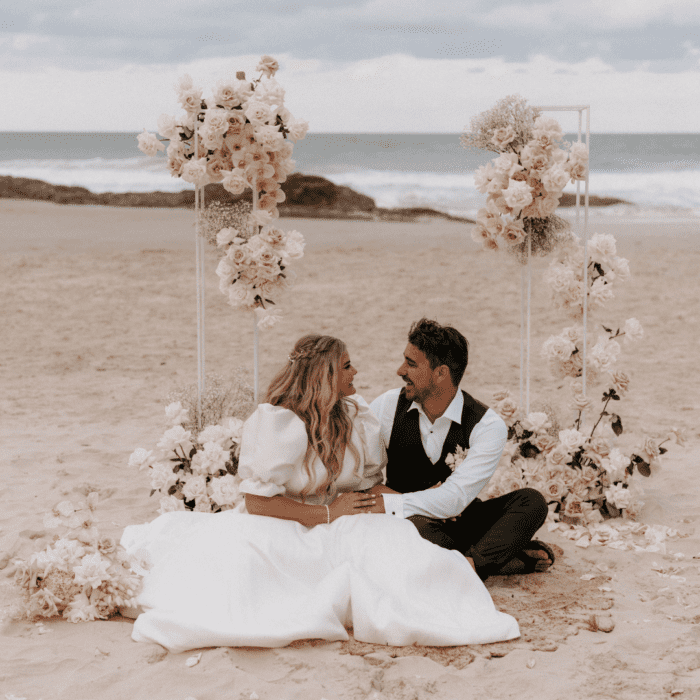 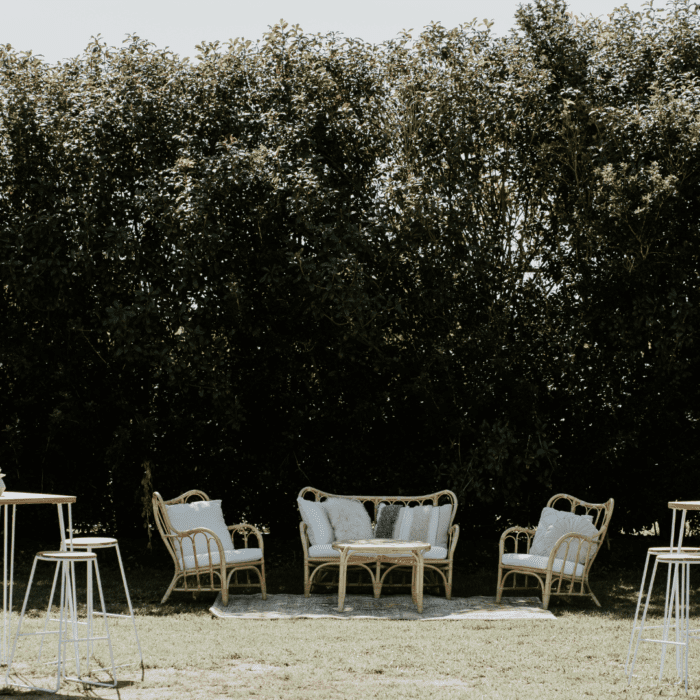 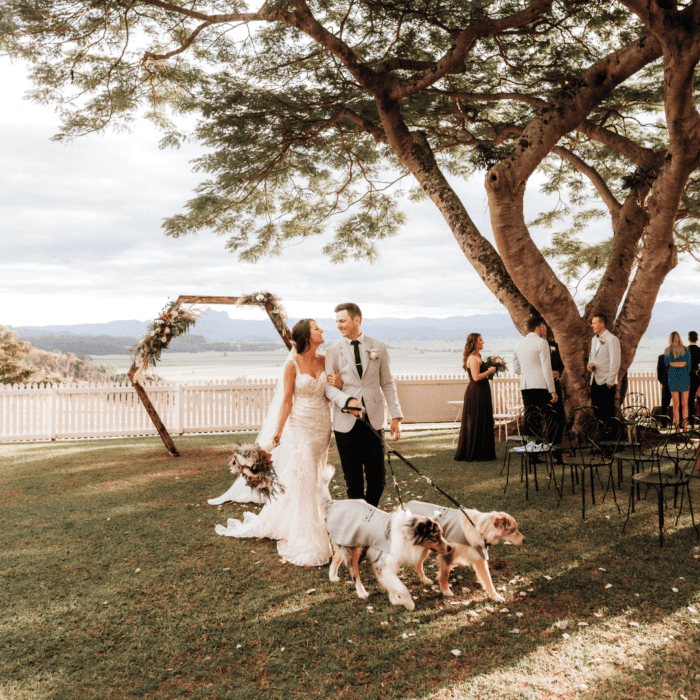 Let’s get to know each other, chat about your event or wedding and start getting excited.